Sylvia Spalding brings a unique background to Climate Land Leaders. A long-time resident of Honolulu, she spent a career in fisheries management in the Pacific Islands and today is bringing insights from that career to her stewardship of family land in Mahaska County, Iowa. 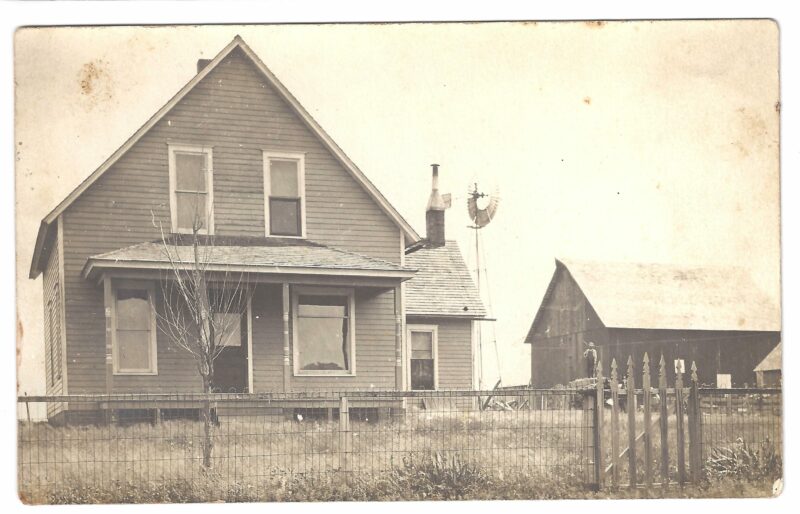 Sylvia’s family’s history on the land dates back to 1843, when her ancestors began acquiring land as white settlers through the New Purchase — the cession of Native American lands in central Iowa to the United States. The family’s final land purchase was made by her grandfather in 1943. 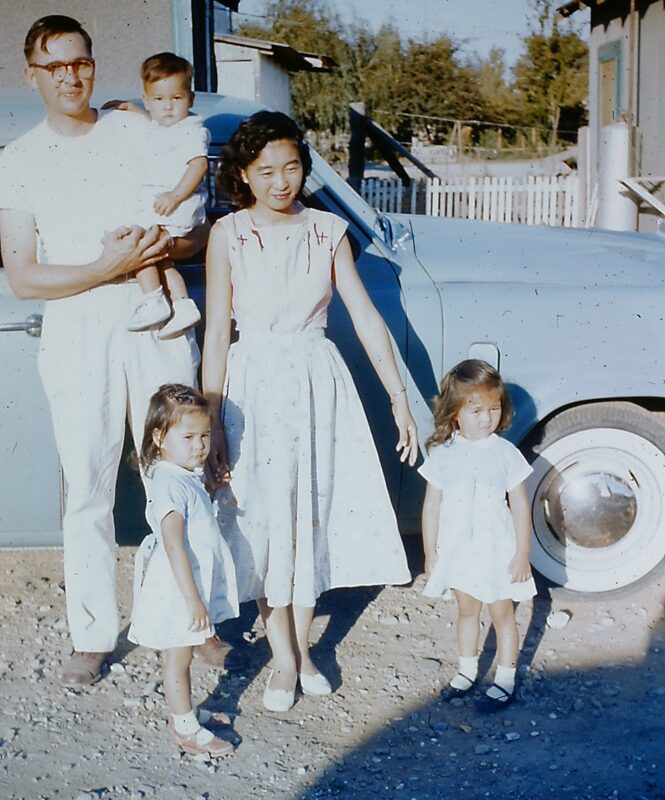 Sylvia’s father joined the military service during the Korean War and met her mother in Japan, where Sylvia and her two older siblings were born. Her family returned briefly to “the home place,” as Sylvia calls it, in Iowa when she was 2, but in the shadow of World War II, anti-Japanese sentiment in the U.S. continued to fester, especially in their rural community. After her father got into a farm accident, Sylvia’s parents and their young family soon returned to military life.

Despite growing up abroad, Sylvia picked up a love for the family farm – she recalls drawing pictures of the farm and getting upset when told she “had to stay home with the womenfolk.” She wasn’t allowed to go hunting, but she did get to fish, an interest that developed into a fisheries management career after her family settled in Hawai’i.

Sylvia has been managing her family’s multi-generational farm on the South Skunk River for the last 16 years and travels 2-3 times a year from Hawaii to Iowa to work on more significant projects. Today the 117 acres are mostly forest, native prairie and wildlife habitat, with 54 acres enrolled in the Conservation Reserve Program (CRP). Sylvia’s goals for working with the land this year are comprehensive and holistic, spanning land and water management, family and community relationship-building, and planning for the eventual transition of the land to new stewards. She developed her goals through a land school offered by Ecological Design which was founded by another Climate Land Leader, Paula Westmoreland. 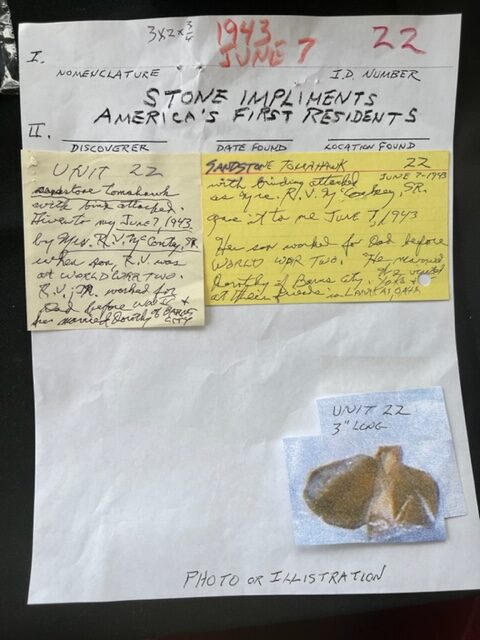 The land is the ancestral homeland of the Oneota, Baxoje (Ioway) and Meskwaki (Sac and Fox) peoples. As Sylvia continues to learn about both her ancestral and the Indigenous history of the land, another goal is working toward greater recognition of Native American presence. She and her father are reviewing maps that he drew as a young person documenting the location of artifacts and where he believed there were villages, battle areas, lookout areas and burial grounds. “The thing about having land in the family is you have all these places with stories,” Sylvia shared, drawing a parallel to the role of intergenerational knowledge in the Pacific Islands.

Sylvia is also working with Great Plains Action Society and an Iowa State archaeologist to make a cultural argument against the proposed Navigator carbon-dioxide pipeline across 36 counties in Iowa. Sylvia first connected with other Climate Land Leaders through the Bakken (Dakota Access) Pipeline Resistance Coalition, and she has continued to organize in her community to bring more transparency, public input and accountability to the Navigator process.

Sylvia understands just how ingrained our current, extractive energy system is, including the long history going back several generations of landowners signing land easements based on eminent domain. She recalls her own family’s perspective: “My grandmother thought we might as well get what we can, because they’re going to take it anyway – that’s the mentality.” Sylvia’s perspective? “When are we going to get off the oil and use natural carbon sequestration instead of these CO2 sequestration lines that perpetuate the fossil fuel industry?” she asks, and points out that “companies are making huge profits off of property that got a one-time payment.”

“Sometimes when I’m in Iowa and I’m half Japanese and the township is 99% white, I can feel a little displaced,” Sylvia shares. But, she says, “there’s a lot of input that can come in from Hawai’i,” particularly as the climate continues to change. Sylvia contrasts the climate change denial she still encounters in the Midwest to her experience in Hawai’i: “In the Pacific Islands, we’re little islands in the ocean, so we see changes more. We see the sea level rise. And working with fisheries, the acidification of the ocean, which is hurting the calcification of shellfish and the embryos of fish – that’s going to be major damage… We also see the migration of the fish moving north, and we’re starting to see this on the land, too, where species are starting to move up to places we don’t normally see them.”

Sylvia recently retired from roles as co-chair of the National Marine Educators Association’s Traditional Knowledge Committee and acting executive officer of the International Pacific Marine Educators Network, two groups she helped form in 2007. Much of her work focused on the bringing together of Indigenous knowledge and Western science through ‘two eyed seeing’ – through the two lenses of an Indigenous way of observing and a Western way of observing. “They don’t need to be integrated,” Sylvia says, “but we need to acknowledge and incorporate both. Traditional knowledge is a holistic way of viewing the world, so [in the case of marine education and resource management] you can’t subsume it under the ocean only.” 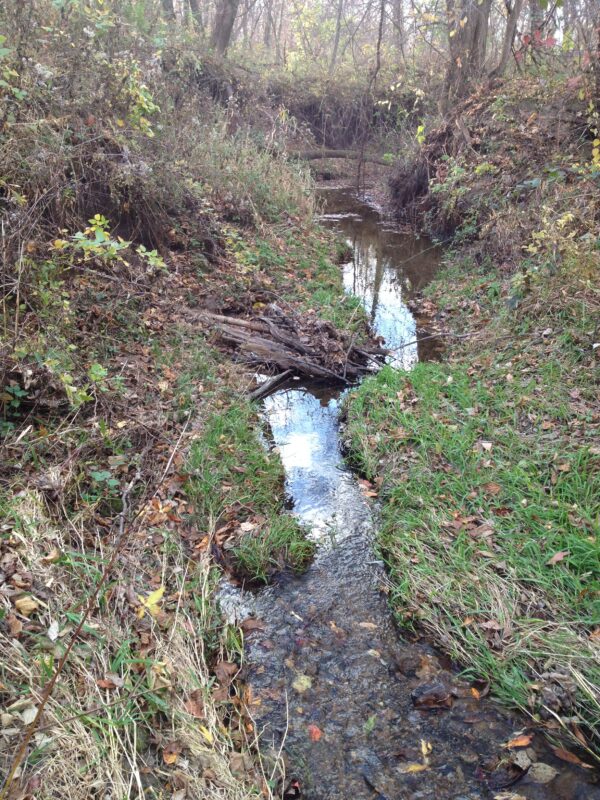 As she reflects on the critical role of the watershed in her Iowa community, Sylvia brings in another Indigenous concept – ahupua‘a in the Hawaiian language. Sometimes likened to ‘watershed,’ ahupua’a is a traditional Hawaiian land division “typically from mountain to ocean, encompassing the people who live in the area and all of the resources the community needs to live in the area.” She also describes ways of working together to steward resources that are less regulation-based and more education- and code of conduct-based, drawing on her work with Indigenous practitioners of fishing and agriculture.

Sylvia is eager to connect with more neighbors in the farm’s community, including when she returns for a family reunion in late June, and she looks forward to welcoming more people onto the land and inviting conversations about shared stewardship. Toward the end of our conversation, Sylvia returns to ahupua‘a – “I would like to bring some of that, this broader understanding of ‘watershed,’ as I’m looking at building community in Iowa – ‘Hey neighbors, we have all these streams together…’” 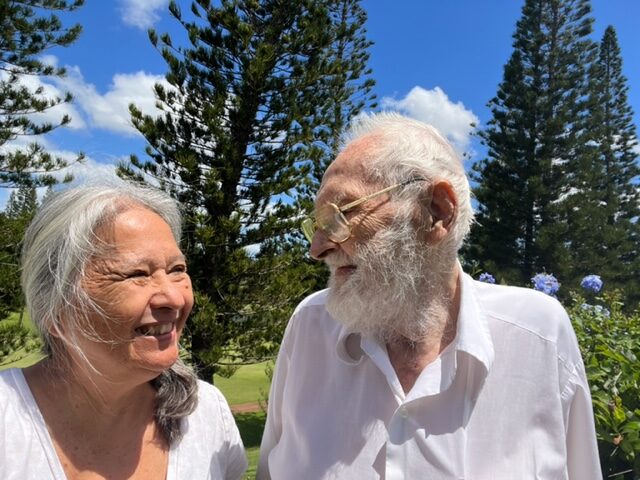 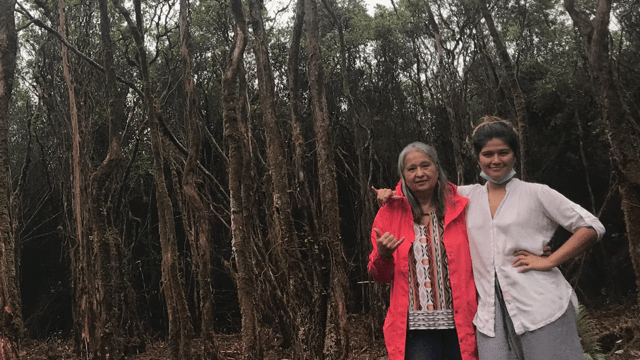